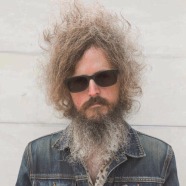 Posted by bigcityfolks on December 4, 2018 in BCF Private Encore | Leave a comment

Welcome back to “Private Encore”! As an extension of our weekly Song Club, we’ll have the featured act (in this case, Ian Fitzgerald) play just one more song – one that they didn’t already play in their set – for our cameras.

BCF:  Tell us a little bit about the song you picked?

Ian Fitzgerald:  The song is called “When All Else Fails.”  It was the last song I wrote for my most recent album, You Won’t Even Know I’m Gone.

BCF:  Why did you write this song?

I knew I needed another song for the album, and I’d had the title phrase in my mind for a while.

BCF:  Why did you pick this song for the private encore and not as part of the feature set?

I don’t use a setlist for my shows, so I play whatever comes to mind or seems right for that particular set. This song didn’t come to mind during the set, but it popped into my head when it came time to shoot the video.

I like the rhyme scheme and the pacing. I can tend toward slower songs, so it’s nice to have a few like this one.

I don’t like what a struggle it was to write. I was writing on a deadline because I’d booked the studio time to record it; in the end, I think that helped push me to complete it.

BCF:  What was the first song you sang as part of the feature set?

The first song I played during my set was “Something Tells Me.”

BCF:  Do you like that song or the song you did for the private encore better? And why?

BCF:  Do you have a theory of what makes a good song, and if so what is it?

A great song has to say something. A good song should at least make you fee something. I don’t think I have any deeper theory than that.

BCF:  What do you do when you get writer’s block?

I’ve approached it many different ways: I might listen to music or read or simply bear down and try to push forward with writing. Moving also helps, driving particularly.

BCF:  Is there a place where people can go to buy this song?

They can go to ianfitzgerald.com to buy the CD that it’s on, or they can download it from ianfitzgerald.bandcamp.com, iTunes, Amazon, or any other online music source.