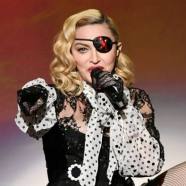 The Localist: The Fear of Losing Relevance

Posted by bigcityfolks on July 15, 2019 in The Localist, Uncategorized | Leave a comment

I released a single last year, which is something I don’t usually do. I had a leftover song about holiday melancholy that I had sitting around and decided to officially release it. It bumped up my Spotify hits for about a month (the month leading up to Christmas) and as it turns out, it was playlisted on NPR’s All Songs Considered for a few weeks. Except nothing was actually written about the song, and even a few months after release, it is essentially as if the release never existed. It is, what I would call, a nominal release. A great song for sure, but it does not play a constructive role in either growing my career or my skills as a writer. It has already faded into nothingness, only to be posted once yearly by me over the holiday season.

This coming year, I will have friends and acquaintances that will release tens of thousands of self-contained singles and sundry releases, out of a specific kind of fear that I have now heard repeatedly from artists as of late – the fear of losing relevance. Already the phrase as used is a kind of misnomer because “losing” relevance implies “having” relevance to begin with. And to be frank, the vast majority of acts worried about losing relevance are supremely unhappy with the level of relevance that they presently have, which should tell you just how much relevance that is.

I understand the feeling. Making music has become easier than ever before, but this democratization has led to a special kind of fear-of-missing-out (“FOMO”) that is fueled by the democratization itself. The fear that one’s voice will be drowned out and lost amongst the multitudes. That one will become irrelevant because there are too many other people becoming relevant. Notice that this special brand of FOMO is especially distinct from usual types of FOMO. For traditional FOMO, one’s FOMO increases as everyone else participates in the very same experience that one is missing out on. One cures traditional FOMO by participating in that exact same experience. Not so with this special new FOMO. In order to become relevant, one has to be uniquely ahead of all the other voices that are shrieking for attention. If everyone’s voice has the same relevance, then one becomes decidedly irrelevant, since only a select few can become relevant. Like most everyone else, you made a post sharing a song that you just released, and almost nobody Liked or Shared it. But your friend Mr. X made a post sharing a song that he just released, and it got a lot of Likes and Shares. His comparative relevance has now made you feel comparatively irrelevant. It’s a particularly insidious and terrible form of FOMO for musicians.

Unfortunately, I think what’s resulted from all this is a strategy equivalent to basic social media strategy: Post frequently and engage often. Except instead of Facebook posts or Tweets, the advice is shifted into releases: Release lots of singles and get frequent nominal marketing.

But think about how terrible that sounds, as a reason to release music, from the standpoint of the listener. You’re asking them to listen not because it offers them something new and exciting, or because it gives them a deeper understanding of culture, or because it provides some catharsis. You’re asking them to listen because it helps *your* social media metrics. Because *you* are afraid of becoming irrelevant. Think about how ridiculous that sounds as a modus operandi for musicians and the rationale for the music profession.

In any case, frequent nominal releases is a poor way to maintain relevance. Think about it this way. The strategy outlined is to intentionally release work that is, by your own judgment of lower quality, more frequently to the world. When music reviewers have thousands of other artists to listen to, artists who are just like you, many of who are spending more money than you on marketing and publicity, your strategy is, inexplicably, to decide to hobble yourself by downgrading the quality of your releases in comparison to everyone else, and to do it more frequently.

Frequent nominal releases has helped contribute to an industry of nominal marketing, in which new blogs and Facebook pages put out the equivalent of fake news. Writers for these blogs are willing to call most anything “the next Dylan”, or say that it’s influenced by [insert famous name]. They’re willing to do this, because along similar lines, they are trying to get more Likes and Shares, and will promote almost any artist in order to grow their base.

How do musicians deal with the fear of irrelevance? Instead of a smattering of small releases over a period of several years, filter out the chaff, and put the best music into a single album. Save the money that you would’ve spent on marketing all those minor releases into a proper album release. If you’re not happy with that album, take another year. Even if you’re still not happy with that album, take a moment and think. Why would you be more successful releasing material that you’re less happy with, more frequently?