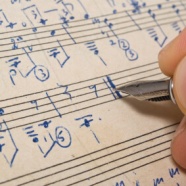 The Localist: How to Write an Album, Part 2 – The Standards of Novelty and Substantiality

Posted by bigcityfolks on April 26, 2020 in The Localist, Uncategorized | 1 Comment

In Part 1, we looked at the general posture of releasing an album, and specifically the idea of intending to present the album for public consumption, which involves presenting something that you have to say, to the public, with the intention that the public will listen to it, and get some kind of benefit from it, broadly construed.  But what do you have to say?  Maybe you already have something to say, in the sense that you have a collection of songs that you want to present.  Maybe you don’t have something to say yet, but you intend to do a bit of exploring, musically speaking, until you find something that you want to say.  In either case, if you have something to say, or come up with it after a period of exploration, you should then have an album ready, right?

Giving Strangers a Reason to Listen:

Well, yes and no.  You can in fact write a dozen songs and then release those songs together as an album.  (In fact, many musicians do just that).  But if you intend for any portion of the public to hear the album, you need to give people some kind of reason why they should be listening to your album as opposed to the tens of thousands of albums that are being released every year.

We’ll distinguish between two kinds of reasons that someone might have to listen to your album, which I’ll call “internal” and “external” reasons.  By internal reasons, I refer to reasons that are based on the content of the album itself – i.e., things that people can hear from listening to the album.  By external reasons, I refer to reasons that are based on any other reason.  So for instance, I’ve talked elsewhere about the importance of publicity in making sure your record gets heard by the public.  A stranger from Peoria, Illinois may listen to your record because it showed up in an advertisement on their Facebook feed.  This is an external reason for listening to your album, as the advertisement outreach has nothing to do with the content of the album itself.  Your album could’ve been completely different, and the advertisement would have done a perfectly good job getting our friend from Peoria, Illinois to click on it and give it a listen.  (The distinction between internal and external reasons can be a little grey – if a listener listens to the record because they saw a review of it in AllMusic, does that generate an internal or external reason, since the review itself was based on listening to the album?  Does cool album artwork generate an internal or external reason? I digress).

For the purposes of these essays, I’m referring purely to internal reasons – i.e., how to give someone a reason to listen to your record, based just on the content of the album itself.

Focusing on the content of the album itself:  The general rule is that you should aim to create something that is both new and substantial.  That it should be new is hopefully uncontroversial.  If you are releasing a record that is not noticeably distinguishable from a product that is being released by many other artists, you aren’t giving listeners a reason why they need to listen to your record in particular.  The same thing for substantiality.  You could release a record that is new – say, an opera that recites π to the 10-millionth decimal place.  But that would not be something that is terribly exciting or interesting to most listeners.  (I suppose, in the abstract the concept of that might seem interesting – but that’s a different story).

If these standards, as explained, aren’t convincing enough – think about what it is that you’re asking a stranger to do.  You are asking a complete stranger to devote 30+ minutes of their time to listening to what you have to say.  This person has a job.  They have relationships to attend to.  They have hobbies.  They have their own creative pursuits.  You are asking them to take 30+ minutes out of their schedule to listen to your record.  Hopefully, they have time that they dedicate to keeping themselves entertained, but even then, they have many other things that they could be doing – TV shows, movies, video games, even other pieces of music to listen to.  And even those other pieces of music – they may be created by musicians that they already recognize and love.  You are competing against Beyoncé, and Wilco, and U2, and BTS, and Lady Gaga.  In asking for 30+ minutes of time to listen to your record, you are competing against the history of music for a listener’s attention.  Especially in an era where most recorded music is available immediately for streaming, you are literally competing against the back catalog of the history of music for a listener’s attention.  So, in that sense, you definitely should aim to create something both new and substantial.

How do you create something both new and substantial?  Well, if you want to write something new, you should probably become familiar with what music is out there – both historically and currently.  In fact, part of the reason why it’s important to go to open-mics and come to a city like New York City, is just so that you can become familiar with what kinds of music musicians are writing right now, and just how good those musicians are.  A classic manifestation of this is what people call “big fish little pond” syndrome, where a musician who isn’t familiar with what’s out there, comes to the city and is shocked by how good the musicians are, and moreover, how many other musicians are doing substantially the same thing that they are doing.  But forget about just new musicians in New York City – online, there are hundreds of thousands of bands trying to put out new and substantial music, many of whom have already released their music to the public.  And to put out something new you need to have enough knowledge of what music is out there in order not to repeat it.

The goal here isn’t necessarily that you do something earth-shatteringly new.  Maybe you provide a new musical take on a particular existing album topic.  Maybe you put out a folk album, but change up the sonic approach to re-imagine what folk music sounds like in 2020.  Maybe you incorporate stylistic elements from two different genres that haven’t been mixed in the same way.  Maybe you re-imagine lyrical writing for indie-pop.  Maybe you cover a new topic with an existing genre which people wouldn’t expect to be covered by that genre.  What you do doesn’t need to be re-invented whole cloth – and in fact it might be impossible to really do that while maintaining an accessible record.  But, you do have to be familiar with what’s being put out there.  Because what you want to avoid is the gut reaction that many strangers will give when they hear a record – “it’s been done before.”

Part 3 – Building a Toolkit for Self-Expression

Like Loading...
← The Localist: How to Write an Album, Part 1 – Writing for Public Consumption BCF Select Livestreams – Week of 5.4.20 →