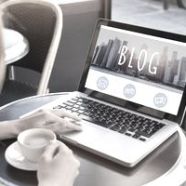 The Localist: The Difference Between Good and Bad Press

Posted by bigcityfolks on August 13, 2019 in The Localist, Uncategorized | Leave a comment

I’ve been hearing complaints from bands over the last year that the quality of press coverage has been just plain awful. Not that blogs are giving harsher or more negative reviews of their music – but that the coverage is oftentimes riddled with spelling errors, or simply repeats information contained in the artist’s press materials. The thing is, as the number of musicians on the market increases, and the demand for write-ups increases, the average quality of writer who is able to adequately cover the music is necessarily going to fall. So there are basic economic and social reasons for a decline.

In fact, low-standards press has always existed, and it will continue to exist, as long as there are people who are prone to fall for it, whether because of narcissism or desperation. A number of years ago, an acquaintance of mine was paying money to a “manager” who tricked her into thinking she was famous just by purchasing millions of YouTube hits for her videos. Some management companies have invented entire websites with fake write-ups, placing musicians in the company of Billboard Top 100 artists.

Part of what is driving a boom in low-standards press is, I think, an adjustment in supply and demand. Given that social media is monetizing word of mouth, outlets are reluctant to write about anything that doesn’t have a guaranteed readership, which in turn tends to result in writing about musicians who pay for word of mouth. So, outlets are relying more on musicians to help drive engagement with their websites instead of vice versa. This in turn means that outlets are willing to write about anything and everything, regardless of whether they like it or not. The original rationale for a write up – that the writer is genuinely excited about the music – is eviscerated.

The thing is that low-standards press will never help you in terms of substantively advancing your career. The reason is because people who *can* advance your career will see it and never be convinced by it. In fact, even just regular people can see it and not be convinced by it. It smells like cheap press. This can all be problematic, because you don’t want the press you secure to have the opposite effect of making you look cheap.

That said, how does one tell the difference between good press and low-standards press? In general, good press is press from an authoritative source that gives honest praise that will convince readers to hear your music. You want the words to be written because they listened to the music, honestly liked it a lot, and have true things to say about why the music deserves attention over and above the hundreds of other things that they’ve heard. It sounds a little ridiculous that this concept has to even be repeated, but it is not the modus operandi for much music writing these days. A few guidelines:

It goes without saying, that you should not release music for coverage and review unless you feel it is really your best work, or otherwise something that a writer could honestly be excited about. After all, you are asking writers to give an honest review of your work, and you shouldn’t be asking for honest public review of work that, by your own measure, is not your best effort.